I like to describe myself as an active human being. I am a mum, daughter, journalist, and a wife. I am also a lover of life.

Before the BBC what were you doing?

The BBC has been my professional journey all the way through. Before that, I was at University and I read French and History at Lancaster University. It was a 4-year course. I spent a year abroad as a language assistant in France. I  graduated in 1999 and landed a Broadcast Assistant role at BBC Radio 5Live.  Nine months later I got promoted to a researcher post. I was there for just under 2 years. Then I got a job at BBC Birmingham as a trainee reporter. That was a long time ago.  I have been at the BBC for 19 years now ( laughing)!

What is your day job for people who do not know?

I am the Arts and Culture Correspondent for BBC Midlands Today. I tell stories on TV,  radio, digital and online. I am based in Birmingham,  but as regional journalists, we travel around the region.  We cover Shropshire, Staffordshire, Worcestershire, Herefordshire, West Midlands and a little bit of Gloucestershire. It is a big patch. But I love it!

What are your hobbies, what do you do for fun?

My fun time is with my 6-year-old son. These days it involves acting out superheroes and pretending we can defeat the baddies of this world! Basically, I do what he wants to do.  Away from that, I enjoy the outdoors and yoga. Yoga plays a big role in balancing out my mind, especially since my cancer diagnosis.  If I need to clear my mind, a walk in the countryside does the trick.

How long have you been married for? 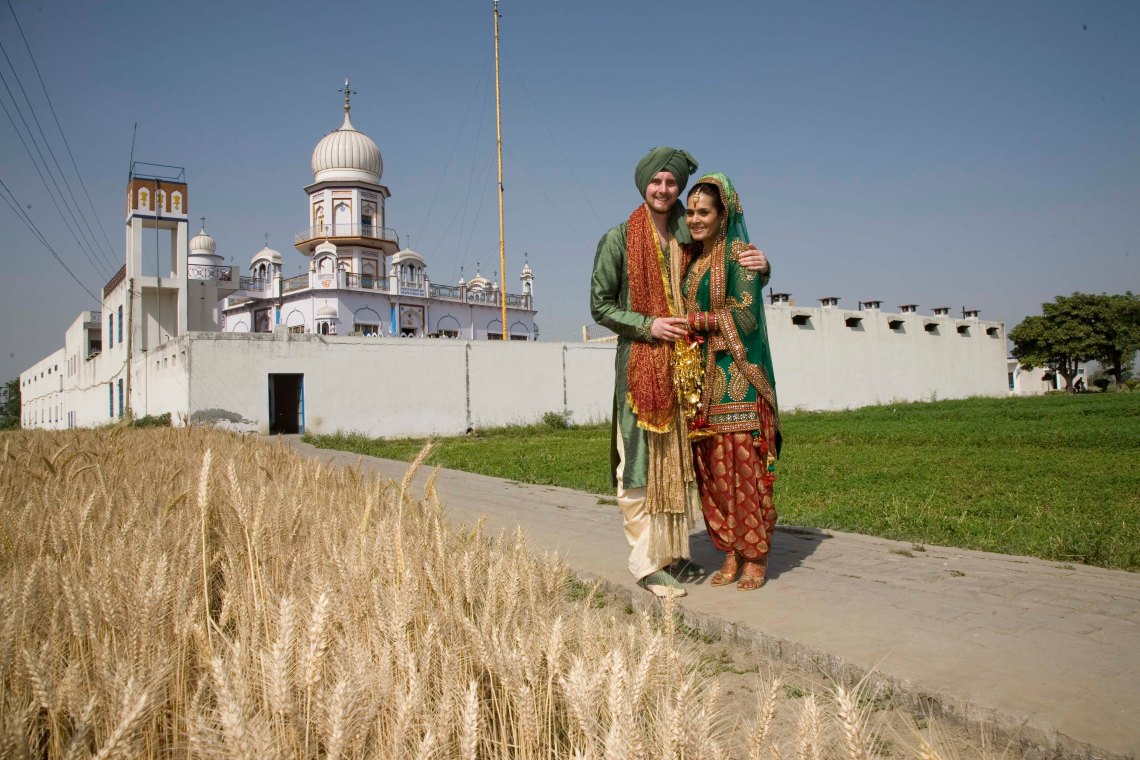 I have been married for 8 years now.

How did you get into the BBC?

I graduated from Lancaster University in 1999. We have a great alumni network. So I left university with a few names to call. One gentleman worked in PR, the others in Press and Media.  There were 2 gentlemen on that list that helped me get a foot in the door. One was George Mann, the other was Rupert Allman.  They worked at BBC Radio 5 live.  They had graduated 10 years before me.  I had a talk with them and they invited me to come and have a look around.  I took my CV to TV Centre in West London and the next day I was offered a casual contract. That casual contract has lasted 19 years (laughing). The break into the newsroom enabled me to get lots of experience and I have worked my way up the career ladder since day one.

As many people know you had breast cancer, How did you find out?

It was in August 2017, and I was in the shower. I always check myself as I am in tune with my body and have lost friends and family to breast cancer. I felt a lump which turned out to be a cancerous tumour. It was a small pea size lump. I got on the phone to my doctor straightaway and 2 days later I was in. Firstly they thought it could be a cyst as I was young. They referred me to the hospital and within a week I had my biopsy. I was diagnosed on the 4th September with invasive breast cancer in two places. The second cancer was tucked away.

Also, Cancer does not run in your family, does it?

No, it does not. It is a myth that people think that you only get breast cancer if it runs through your family. It does not work that way. I have no history of cancer in my family. The biggest risk factor is that you are a woman and have breasts.

What were your symptoms did you have any before the diagnosis?

Not really. I was tired a lot. We put this down to me being a vegetarian and perhaps being a bit low on iron. I am not sure if that was connected to cancer or not. I had pain down my arm in the months before I found my lump but I thought it was a strain from gym work.

You documented your journey why did you do that?

After my biopsy, I had a spiritual experience. I was up a lot that night and I had my kirtan on to keep me calm. I had a conversation with the universe asking what I should do if this is cancer. Should I go away and quietly fight it or use my public role to help others?  As a journalist, I was in a unique position to spread awareness quickly. I wanted to open up the conversation about cancer. Subsequently, when I spoke to some of my friends about my diagnosis many of them said they didn’t check their breasts. This made me want to encourage other women to check themselves. I launched a social media campaign #checkthemout days before my surgery.

The video did show a lot of awareness about Breast Cancer.

I underestimated the impact the first set of films that I published last year would have.  A lot of people messaged me. I was also applauded by South Asian women for talking openly about breast cancer.  Our communities can still be quite ‘hush hush’ about the subject. The videos had a universal reach. This encouraged me to keep documenting my journey and in October 2018 ( Breast Cancer Awareness month) I published 4 films looking at the different aspects of my journey; The waiting Game of Cancer, my physical recovery, the emotional recovery and the impact it had on my family.  As a BBC journalist, I am in a privileged position and can share information using my skills. My main aim is to help women, men, families who are touched by breast cancer. I promised myself I would share my story with honesty.

Were your family and friends supportive?

Yes, they all were. My mother is a nurse and she said if this can help others this is what you should do. My husband was also was very supportive.  My films and my campaign became my coping mechanism. I focused on helping others rather than closing in on myself.

How are you feeling within yourself, from how you were back then?

What you saw in the original film I published last year was very raw. It was the night of the diagnosis. I was trying to stay positive but my emotions poured out in the middle of the night. The films that I have made this year track my cancer journey. Along the way, I dipped into dark places. I felt low. I stopped socialising for a bit and even took a break from social media. But I found a way out through counselling at The Breast Cancer Haven in Solihull. I also met some women at The Worcestershire Breast Unit Haven who have become good friends. We have all had breast cancer and can relate to each other.

What has been your biggest challenge since your diagnosis?

It has to be the fatigue. I am usually very active. My husband calls me a machine (laughing), but my batteries need recharging!

What has been your biggest achievement?

It has to be my son Joshua. He is a manifestation our of love. Professionally, what I do now is my biggest achievement. I set out to become a broadcaster and I love it.

Who are your role models?

Sonia Deol, former BBC presenter was one of them. I watched her grow up and listened to her on the radio and thought ‘I can do that’.  My teachers were really inspiring and they encouraged me to excel. My youngest Mama Ji Amrik told me to follow my dream into journalism.  My mum is amazing.  She is a Senior Sister, a working mum and she studied when were all young. Having lots of role models has meant that I can take the best bits from all of them. I can’t name everyone. I have a really happy, supportive extended family. I feel blessed to have a wide network of friends and family who I can turn to for help.

What is next for you?

You will have to wait and see!

When I met Satnam my first thoughts were where does she get her energy from! Satnam was so friendly and open about her journey and how she found the strength to get through her diagnosis. Satnam is such an inspiring woman and she is raising awareness about breast cancer. I now check my breasts after talking to her as I learnt that even if Cancer does not run in your family that does not mean you won’t get it. The fact has stayed with me ever since I met her. I have followed Satnam’s work for a while now. I love that she is so positive and always smiling. Show some love for this incredible woman.